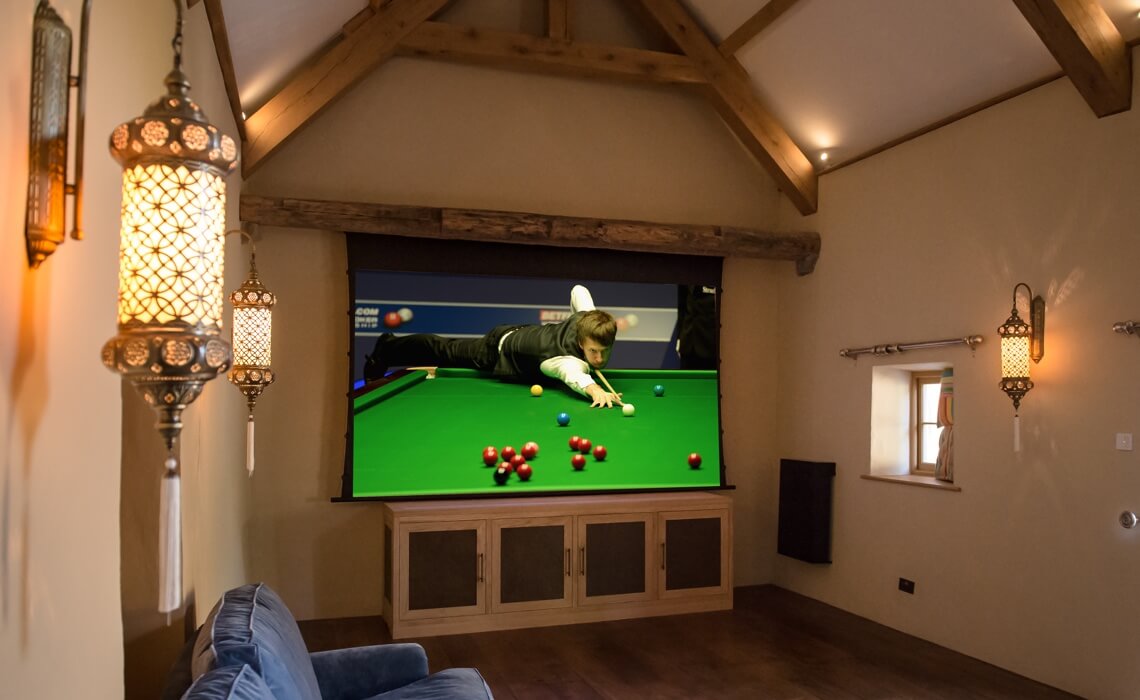 TV or Projector based system.....?

The client had an old barn that was due to be renovated and converted to a habitable room.
The brief was to create a dual purpose room that would utilise a projector based system for watching movies, plus a TV for day to day television watching.

In both cases the technology was to be as unobtrusive as possible to not interfere with the barns’ traditional look. A 3m wide acoustically transparent Cinema screen from ScreenResearch in conjunction with a Sony 4K projector were used for the cinema components, alongside a Samsung LED TV with Future Automation lifting mechanism to handle the TV watching duties.

Both the systems utilise the same sound system: Artcoustic wall mounted speakers were chosen for their slim profile and their ability to have the Client’s own choice of artwork at a later date.

Operating a system like this could be tricky with a table-full of remotes, but in this case the whole system is controlled with one-touch operation from the ipad.

At the press of a button the blinds close, the Cinema screen drops, the projector starts up and the lights dim – just as it should be. 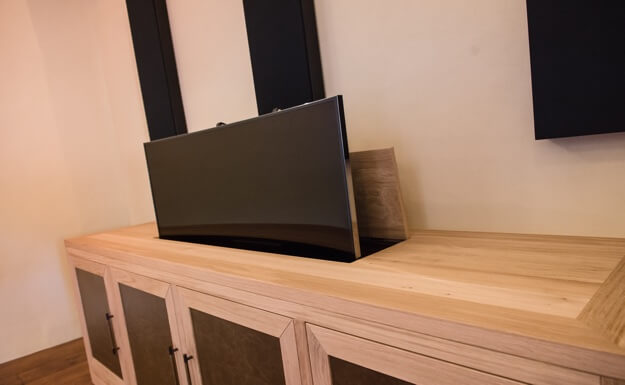 TV Retracts into cabinet when not in use 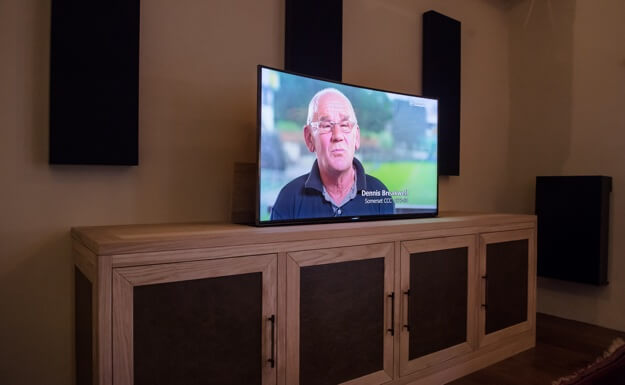 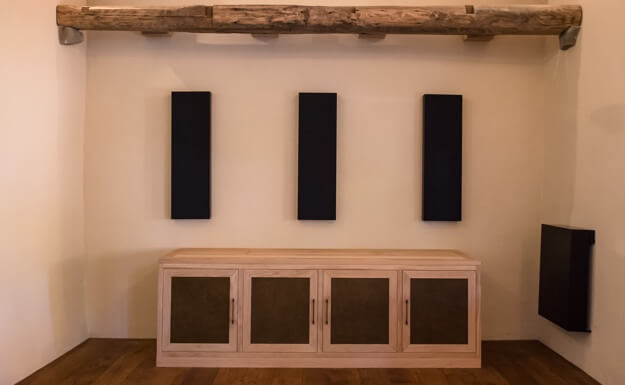 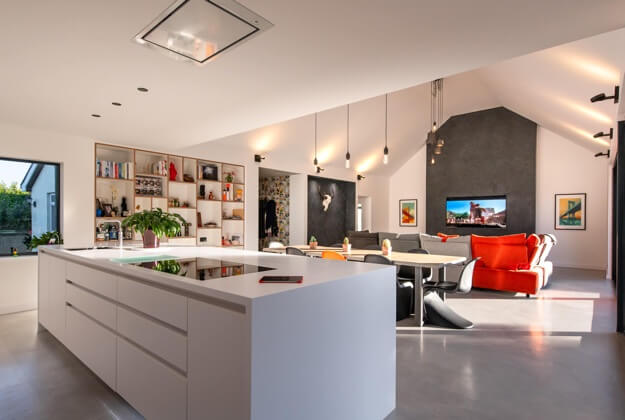 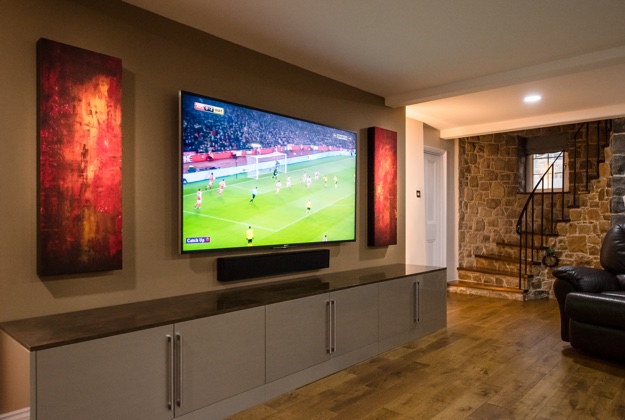 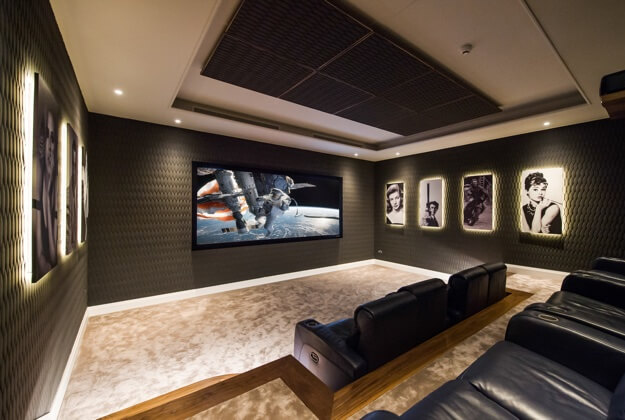